Juba Town is crazy with streets full of traffic. Shops open and well stocked. Street side restaurants busy and people all over the place. Tents erected for weddings and the soccer fields have nets attached to the goal posts. Players jog around the field and go through their warmup drills. A semblance of normality, within which, even the speeding military vehicles and convoys of new armoured personnel carriers don’t seem out of place. Dogs are back on the streets, slowly exerting their dominance on life.

Sunrise jog, managing to do an extra loop. The first time I have managed that for almost a year. Hopefully my Achilles will survive. Back at the house, I found that I had locked the keys inside. I looked to see if any of the windows were unlocked, which of course they weren’t. However, I knew that if I could get up to the emergency window bars, I could undo the lock and at least then see how to get through the glass window.

I had to wake Eddie to get guys from the office to bring a vehicle with its roof rack so we could get up to the window, as its almost three meters from the ground at that point. Sher arrived, and we undid the lock, only to find that there isn’t enough space between the window and the barrel bolt to unhinge it. A bit of force sorted that and we could swing open the bars. A combination of cunning and a progressively bigger hammer, finally had the glass of the window removed and we could send a skinny, flexible guy through to open the door. We did damage one of the shrubs getting the vehicle up to the house, but for the rest nothing was actually broken.

American style brunch, with pancakes (made with a special milled flower from a Whole Foods type place) and Canadian Maple syrup. Phones and radios chirping constantly with updates on the attacks in Bentu and Nassir. Both which seemed to have fallen to the government forces again. All holding our breaths that there won’t be a new round of atrocities. Fighting around the PoC adding to the tension and volatility of life in Juba Town.

Don’t see a lot of birds around Juba, with the Marabou storks and yellow billed kites the exception. Occasionally I have seen a coucal when I’m out for my morning jog, and the odd owl silhouetted against the sunrise. To this, I can now add the unmistakable blue flash of a malachite kingfisher and crowned plovers.

The laundry is sorted, the coffee machine cleaned and my bag is packed. Ending, for now, this adventures. 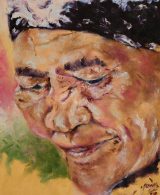 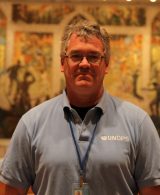