From the air, the world that surrounds Juba Town is a green mass, riven with sparkling waterways. Huts are clustered on spots of high ground.

On my morning jog, the first without the bionic magic blue tape, I saw a black otter. Not surprising given the amount of water around the place after the rains. Stopping, it scrutinized my running style, before shaking its head and dashing into the grass.

With people staying in the house, the washing machine schedule is a factor. Particularly as the washing isn’t drying as quickly under cloudy skies.

The PoC camps are grim places after the heavier rains, within which spirits are lifted by World Cup matches. The night roars as goals are celebrated, reaching a crescendo when favourite players are involved. Extending interest beyond the countries playing, to the stars involved.

Addis talks suspended with increasing tension between the ethnic groups of South Sudan. Jitters amongst my staff as we head towards the 9th July Independence Day celebrations.

News that 4 of my paintings have been selected to be featured in the 2014 edition of International Contemporary Artists. Published in New York and distributed to 65 countries it should be out in the last quarter of the year. 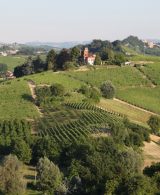 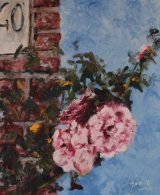