After a fiery sunset, a beautiful evening in Juba Town with a huge moon and a tower of clouds flickering with lightning. Magical.

Lots of noise from the PoC, with generators thumping the still air.

On arrival in Juba, I went through the Ebola screening area, with the stamps in my passport checked and my temperature taken. Did wonder how the heat of Juba Town would affect it! The stop for screening has served to make the immigration process much less frenetic.

The house at Juba 3 after a crazy ride through from the airport. Military vehicles hurtling down the middle of the road, soldiers somehow staying in the back, bristling with weapons. Along one section of the road, power lines poles have fallen into the street with their cable forming a fence through which people scramble. Fortunately there is minimum chance of the cables being live. Towards National Intelligence they have put up street lights in the poles. Ambitious!

The alarm was strident, my legs complained bitterly and my short jogging route impossibly far on my post holiday jog. They have cut back a lot of the summer bush growth next to the road so it doesn’t quite feel like you are jogging through jungle.

Fighting down South near one of our project sites. As its an isolated community related fight there is little risk of it escalating, however, as a precaution Force Protection have deployed to check on my staff.

I was asleep long before me body reached my bed and woke a bit after five. Far too lazy to head out for my jog and rather sat watching the sunrise with a Nespresso.

Driving through Juba Town, one of my new staff remarked that the South Sudanese drive like they walk.

Notification that my post in South Sudan will be merged with the one in Nairobi. No surprise and my last day in Juba now defined. No idea what lies ahead. 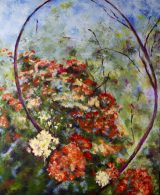 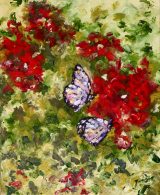