Three hour, slow grilled, pork on the Weber. The last two hours were cooked in Arra Voignier, which I had no idea about. Scrumtious. Voignier the magic ingredient?

Sneezing while painting, creates a special brand of mess, as paint flies all over the show. Perhaps, as John suggested, a new art form; Sneeze-ism.

Spring wildflowers emerging from the canvas. A kaleidoscope of colours. I chose an intermediate canvas size (90x60cm) as there seemed too much going on for a small painting, yet the larger canvas would have meant abnormally large pincushion protea.

Amongst the mush of colour, botanically, the Arum Lily and Pincushion Protea are somewhat identifiable. A tad more imagination is needed for the purple Bloukappie, and yellow Cape Honeysuckle. Red forest berries hidden between pink and white Jasmine.

Senza, at East Head. A magic spot for a drink with the waves breaking at your feet. The reflections, and changing colours on the rocks as the sun sets are magnificent.

Twisted my knee carrying Polly down the stairs isn’t the cleverest thing I have done.

Storm doing its best to shake the house as thunder rolls down from the mountains. Polly, unimpressed, and we have put her in her mobi-kennel to try and calm her. My ‘storm-tossed’ baby chicken on the weber survived.

Excited to see the painting heading to Brisbane, in its shipping rate ready for the flight.

Sunshine start to the day, with appointments to finalize issues like paint colours for the apartment.

There are specific colour schemes one can use to paint the outside of the unit, which have been selected to tone in with the colours of the wet land. Specific care was taken to ensure that how they reflect in the lagoon remains harmonious. Quite amazing to see the sheets of carefully prepared colour combinations. After much deliberation, we are going to go for a white pallet, that isn’t actually white!

The ceilings are in, kitchen walls sorted and they are ready to start the tiling. We have the quote to change the windows in the studio, and I will need to sell a bunch more paintings to cover costs that always seem higher than expected, with structural complications making what seemed simple tricky.

As nothing says “Now we braai ” quite like a T-Bone steak, as a birthday treat, Coreta showed me her technique. Note that this is not for the timid, and it definitely helps if there are beers available for the chef!

The steaks were outstanding and worth all the effort. Terry did couchette blinis with cream cheese and smoked salmon as a starter. We had thin green beans with the steaks and tiramisu for dessert. A birthday treat.

Coreta’s Weber grilled T-Bone steak
The starting point, large steaks (600-800grams) individually vacuum packed and kept in the fridge for 3 weeks. I didn’t have that much time, but we did manage to get aged steak. Three hours before cooking, take the steaks out and rub with a small quantity of olive oil and Rosemary. Put the steaks into a plastic ziplock bag to reach room temperature.

Before cooking make a hot, direct, weber fire. Take each steak and cut one third of the way through the meat next to the bone on both sides. Trim any surplus fat from the ends of the steaks and skewer them together with metal skewers, to form a ‘steak-pack’, with the bones are aligned.

Separate the coals into a hot and cooler section and place the steaks over t he cooler section of the fire so the bone side is closest to the fire. Drink beer.

Repeat the turning process, being cautious of the bone which will be hot. Particularly as your hands are also being roasted on the hot fire. The rotating process is continued for approximately twenty minutes, until the edges are caramalised.

Spread the hot coals, remove the skewers and lie the steaks down. Drink beer. Turn the steaks over after a few minutes and then remove from the fire.

Cut the fillet and sirloin from the bone and put the bones back over the fire while eating, remembering to turn them every five minutes. Remove the bones when ready to eat, or when the edges are crispy. 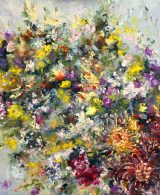 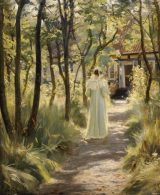