An Italian-born Brazilian painter, cartoonist and teacher. He is considered one of the very few impressionist painters of Brazil, and the initiator of the Art Nouveau in Brazil. As the most significant representative of the movement, he received the title of Master of Impressionism.

Nonconformist from his youth, he devoted himself intensively to the learning of new aesthetic canons and ended by subjugating to them. It was his rebellious spirit, the intense desire for renewal that led to the search of the new technique, which absorbed him completely.

He entered the Liceu de Artes de Ofícios do Rio de Janeiro in 1884, where studied under Victor Meireles. Parallel to his studies in the Liceu, he entered the Academia Imperial de Belas Artes (Brazilian Imperial Academy) studying under professors Henrique Bernardelli, Rodolfo Amoedo and Jose Maria de Medeiros, receiving a gold medal in 1888.

Like many of his contemporaries, including some of his teachers, he was involved in the plight to renew the Academy’s teaching methods, deemed obsolete and was among the creators of the short-lived “Ateliê Livre”, together with professors João Zeferino of Costa, Rodolfo Amoedo, Henrique Bernardelli and Rodolpho Bernardelli.

Thanks to a prize received in 1892, Visconti travelled to Paris, where he attended the École des Beaux Arts. 1897 was really the year Visconti embraced Impressionist painting. His palette lightens. The brushstrokes are shorter and rhythmical. The research of the effects of light appears as a new aspect.

After his return to Brazil, talking about his experience in France, of light and impressionistic colour, Visconti said; ‘more brightness, more transparency, more atmosphere, the result of his research on the equation of Impressionism.’

In July 1944, Visconti suffered a robbery in his studio rendering him unconscious. For two months he remained in agony with a head wound. On his recovery, he was full of ideas and plans, restless and eager for new experiences. Repeating to his family: “I was born again! Now will I start painting, you’ll see! ”

The resurrection, however, was short-lived. After a relapse, the artist passed away on 15 October 1944, at 78 years old 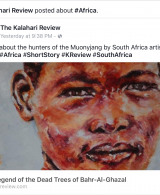