View of the Singing Bridge, Frankfort, KY
watercolor on paper

15 1/8 x 11 1/8in
The Singing Bridge received its peculiar name due to the sound tires made when cars drove across its steel grate deck. In colorful and fluid watercolors, Paul Sawyier captures a glimpse of the bridge as it crosses over the Kentucky River into Frankfurt, KY. From above the canopy of trees, the United States Courthouse and the dome of the Post Office are visible. The highest landmark rising over Frankfort’s modest skyline is the tall, elegant steeple of the Church of the Good Shepherd.
http://www.bonhams.com/auctions/19991/lot/24/

Paul Sawyier was born at Table Rock in Madison County, Ohio on March 23, 1865, on a farm owned by his Grandfather Sawyier, who was an attorney practicing in Cincinnati. When Paul was five years old, his parents, Dr. Nathaniel and Ellen Wingate Sawyier, moved with their four children to Frankfort, Kentucky. They lived with Ellen’s mother, Mrs. Penelope Anderson Wingate on Broadway across from the old L&N Railroad Depot. The entrance to the Wingate-Sawyier home was almost exactly at the entrance to the new Kentucky History Center.

Sawyier’s artistic training was from Thomas S. Noble at the Cincinnati Art Academy, and from two noted portrait painters, John Singer Sargent in New York, and Frank Duveneck in Covington, Kentucky. At the 1893 World’s Columbian Exposition in Chicago, Sawyier the first Amercian exhibition of work in the French Impressionist style. This led Sawyier’s priority to paint landscapes and rivers capes of Frankfort and the surrounding waterways.

The Sawyier family invested heavily in a hemp factory on the Kentucky River near Lock #4, and Sawyier for a time, traveled and sold hemp. Both his efforts and the factory did not do well. During the remainder of his time in Frankfort, until 1908, Sawyier took on the responsibility of caring for his aging parents and sold his watercolors through local stores to provide for himself and the family.

From 1908 to 1913, Sawyier lived on his houseboat and with friends in the Shakertown-High Bridge-Camp Nelson area. During these years, he produced over 500 originals of the local palisades and waterways.

Seeking new markets for his art, Sawyier moved to Brooklyn, New York and lived with his widowed sister Lillian. During a two year period, he created many fine oil paintings of the local parks and waterways. In 1915, he moved to the Catskill Mountain area where he lived first in High Mount and later, Fleischmanns, New York. Living with the Schaefer family Sawyier painted from photographs Kentucky scenes and local scenes, both of which he often sold to his Kentucky patrons.

Sawyier had a 22 year relationship with Mary “Mayme” Bull that ended after he left Frankfort. However, when he returned for her funeral in 1914, his emotion confirmed that she had been the love of his life.
Sawyier died from heart failure in 1917 in the Schaefer home. They had been both fine hosts and friends during his stay. He was buried in nearby Covesville. His sisters came and collected his paintings and destroyed his correspondence with Mayme Bull.

In 1923, Sawyier’s cousin had his body returned and buried in the Frankfort City Cemetery.

During his artistic career, it is estimated that Sawyier created over 50 portraits, 10 etchings, 2,000 watercolors, and 200 oil paintings. Although his work is concentrated in Kentucky, interest in both his watercolors and oils attract national interest. 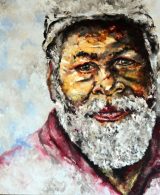 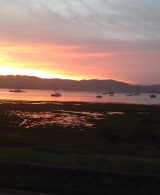