At the well
Artist: Martiros Saryan

Recalling his own background, Saryan said, “My ancestors had come to the banks of the river Don from the Crimea, and to the Crimea from Ani, the capital of medieval Armenia. I was born into a family which followed the old patriarchal customs. There were nine children and I was the seventh.” I do not know when the artist was born in me. It was probably in those days when I used to listen to my parents’ stories about our mountainous, enchanted country, when I used to run as a small boy over the land around our home, and was filled with joy at the many colors of the butterflies, insects and flowers. Color, light and day-dreaming – those are what fired me”.

He was heavily influenced by the work of Paul Gauguin and Henri Matisse.

Saryan received a lot of attention after displaying forty-five paintings at the Lotus exhibition, featuring Armenian and Russian painters. Saryan used the exhibition to show both old and new work that reflected his travels and Armenian culture. Saryan also created G. Chalkhushyan’s Red Book, in response to the Armenian Genocide.

Unfortunately during the 1930s, many of Saryan’s paintings were destroyed during times of political unrest. After World War II the Academy of artists of the USSR was established, which claimed Saryan’s work could not be considered national, because of its formalism. In essence, Saryan’s work was compared to an Armenian version of the French bourgeois.

After Saryan’s death in 1972, his home in Yerevan was converted into a museum of his work. Saryan’s work is now in museums and private collections internationally. 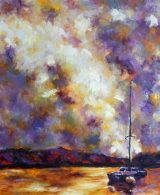 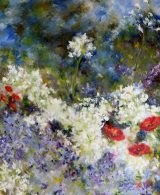