Jean-Baptiste-Armand Guillaumin, Impresssionnist painter with intense colors, he is famous for his landscapes of Paris, Creuse and Esterel areas.

Born in Paris on 16 February 1841 into a working-class family, who moved to Moulins soon after his birth. In accordance with his father’s wishes, he was sent to Paris to study business and placed under the care of his aunt and uncle where he started to work at the age of 15 in his uncle’s store, while attending evening drawing lessons.

At the beginning of the 1870s, he worked with Pissarro in Pontoise, a village of farmers hardly affected by industrialization where Pissarro had settled. They were joined by Cézanne and would often visit Paul Gachet in Auvers, who was socialist, free-thinker, and a regular visitor of the Café Guerbois. Dr. Gachet placed a house at his disposal, while he worked at night with the highway department. During this time, Cézanne did a portrait of Guillaumin entitled “Guillaumin at the Hanged man”.

Working with Pissarro, Guillaumin developed his art of landscape painting. Perspectives opened by winding paths, while introducing industry themes, bringing a certain romanticism. He took part in the first Impressionist Exhibition in 1874, showing three landscapes, among them Sunset in Ivry.

Zola in his article “Naturalism at the Salon” writes in 1880: : “[…] the true revolutionaries of the form appear with Mr. Édouard Manet, with the Impressionists, Mr Claude Monet, Renoir, Pissarro, Guillaumin, and others too.

These painters intend to leave workshops in which painters shut thelselves up since so many centuries, to go outdoor to paint in open air, simple fact the consequences of which are considerable. In plein-air, light is not unique any more, and consequently multiple effects diversify and transform radically the aspects of things and human beings. This study of light effects [… ] is what one called more or less properly Impressionism, because a painting consequently becomes an impression of one moment felt in front of nature.

[… ] Mr Pissarro, Sisley, Guillaumin went in the footsteps of Mr. Claude Monet[… ] and they endeavoured painting pieces of nature around Paris under real sunlight, without giving up in front of the most unforeseen effects of coloring.”

Towards the end of the 1880s he became a friend of Van Gogh, and some of his paintings were sold by Théo Van Gogh.

In 1886 he married his cousin Marie-Joséphine Charreton, a school teacher and settled in the town of La Creuse in 1887. In 1891, he won 100000, French francs in the lottery, a windfall that enabled him to devote himself exclusively to painting. From this point on, he made numerous visits to Saint-Palais-sur-Mer, Agay, Brittany, and the Auvergne. In 1904 he travelled to the Netherlands which inspired a number of paintings

Although. Armand Guillaumin was regarded as a secondary artist within the Impressionist movement, his paintings are composed in strong, vivid colours, and his images of factory buildings, railway stations, and similar locations are imbued with a convincing atmosphere. His painting lost some of its intensity during his years in La Creuse, with greens and purples becoming more dominant in his palette. Guillaumin died in Paris on 26 June 1927 at the age of 86. 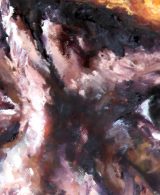 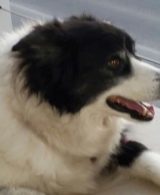