A brief respite between howling winds coming off the lagoon. A hint of snow in the chill woven within the wind gusts. Yachts, playful. If a tad scary.

On the easel a painting of elephants at the Knysna Elephant Sanctuary. The painting fighting with what I had in my mind. I didn’t use the very large canvas, which still rests waiting for its image to emerge.

The composition is based on the diagonal lines across the canvas, with the two elephants in each major quadrant. The focal point sits at the one third position, within the boundaries of the diagonal.

I wanted to push back the background so the elephants would dominate the painting. Smudging the greens of the trees into the wet blue-grey base paint (Cobalt blue and Venice red) and then adding the pale grasses (Raw sienna and Yellow ochre). For the elephants I added permanent Magenta to the grey mix and used the Ultramarine blue and Madder deep for the dark. I mixed Indian yellow with the purple colours to bring in the hint of morning sunshine.

Slow jog in the sunshine. Face still full of cold. A twinge from my strained groin muscle. A warning that showing off is silly.

A sky full of stars between the trees of the forest, beneath which is the VegTable restaurant. It’s quite possible that having turned off the tar road into the forest, you also enter a different world and time. A magic world, with Chef Brett one of the conjurers.

Time is irrelevant and seems suspended. A testament to the meticulous preparation of the four course vegetarian meal that had a gazillion things I don’t normally eat. Which I did. Enjoying the different textures and flavours of the scrumptious food.

I didn’t seen any elephant, but if they were hoping for leftovers they were disappointed.

Shootout between a policemen and some guy running away on the drive to Springer Baai. Fortunately all happening across the lanes of the freeway and not in our direction. Craig kept his composure and didn’t taken any evasive action which meant we were past the action in a couple of minutes.

Studio quieter after the ending of the holiday season, with new exciting plans for winter. 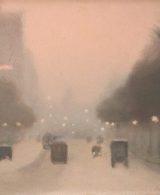 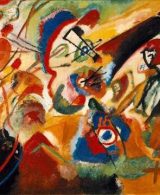