Trained in Naples, the Italian-born painter Giuseppe de Nittis, in his early twenties, settled in Paris in 1868. He fell in love with Léontine Gruvelle, the daughter of an “important costume dealer in Paris” who became his model and whom he married the following year. The young couple moved into a small house in La Jonchère, on the banks of the Seine, between Rueil and Bougival, welcoming Manet, Berthe Morisot, Caillebotte, Pissarro as guests into their home. De Nittis rode through the countryside painting scenes from life, of themes popular at the time.

Five of De Nittis’ paintings were included in the First Impressionist Exhibition of 1874. He was committed to a naturalistic art that explored the changing play of light. He frequently painted snow scenes, showing solitary figures in wintry streets or parks. He also specialised in depictions of the newly constructed areas of Paris and its suburbs. Under the influence of Japanese prints, he often left large open areas in his pictures, relegating buildings to the edges.

In London, he found a patron in the person of a banker who asked him to use his brushes to “photograph” typical scenes and figures. “London’s terrifying misery in all its hopeless horror” The large format of Westminster Bridge , whose composition is organized in three diagonal zones placing side by side from right to left, clearly outlined figures à la Caillebotte, the Thames and Parliament barely discernible in a Monet-like fog , finally a hesitantly reddish sky.

While his paintings continued to gain favor with the public, De Nittis also adopted the fashion of japonism after meeting Seitei, the master. De Nittis was, with Degas and Manet, among the first painters to use pastels on a large scale. 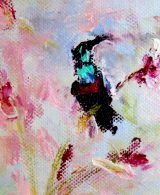 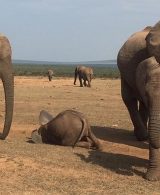