Femme à l’éventail, also known as Tête de jeune fille,was painted in 1876 during a momentous period in French painting and is considered one of Morisot’s most accomplished canvases. Included in the third Impressionist group exhibition in Paris in 1877, this elegant depiction of a woman holding a fan exemplifies Morisot’s technique at its most painterly and sophisticated. Most striking here is her application of black paint, applied with varying degrees of translucency to convey the folds in the fan and the crispness of the gossimer fabric draped around the figure’s shoulders. The picture exemplifies Morisot’s individual Impressionist technique as well as the stylistic attributes shared by Edouard Manet, her mentor, brother-in-law and artistic collaborator.

The identity of the sitter for Femme à l’éventail is unknown; neither a member of the artist’s family or a professional model can be clearly identified. But what is particularly striking about the present work is that it calls to mind a portrait of Morisot herself, dressed in black and holding a fan, that Manet painted two years earlier. Femme à l’éventail may very well be Morisot’s response to that portrait, but it arguably presents a more intimate and psychologically compelling rendering of its glamorous female subject.

Berthe Morisot holds the distinction of being a founding member of the Impressionist group and one of its most important contributors. The casual elegance of her compositional style and her liberal application of paint, demonstrated beautifully in Femme à l’éventail and other paintings from the 1870s, helped to define the aesthetic of the movement. As one of its only women members in addition to the American, Mary Cassatt, Morisot lent a valuable female perspective to avant-garde art at the turn of the century. Her pictures gave insight to aspects of French society and provided a platform for ‘feminine’ subjects and concerns that remained unexplored by her male colleagues. The models for her paintings were mostly women and children, many of whom were members of her own family, and they posed for her with a level of ease and familiarity that was rarely seen in 19th century portraiture.

In the year Femme à l’éventail was painted Morisot and her fellow Impressionists organised the second Impressionist exhibition held in Durand-Ruel’s galleries at 11 rue Peletier. As had been the case at their previous group showing in 1874, the critics of Paris responded ferociously to these avant-garde artists. One review in particular by Albert Wolff infuriated Morisot’s husband, Eugène, so greatly that he challenged the author to a duel. Morisot remained undiscouraged by her critical reception and chose to exhibit Femme à l’éventail at the third Impressionist exhibition in 1877. The show in general fared little better with the conservative press, but Emile Bergerat recognized the preeminent qualities of the present work writing, “The most gifted painter of all [the Impressionists], in the sense that they possess an innate gift for color, is a woman, Miss Berthe Morisot. This is the artist who has signed the best picture of the exhibition, a portrait of a woman holding a fan. Her brushstrokes are both spontaneous and precise” (Emile Bergerat, op. cit., April 17 1877, translated from French).

From 1877 onwards Morisot continued to be consistently singled out for her sophistication and exemplary technique. Reviewing another Impressionist exhibition for the Gazette des Beaux-Arts, Charles Ephrussi wrote: ‘Berthe Morisot is French in her distinction, elegance, gaiety and nonchalance. She loves painting that is joyous and lively. She grinds flower petals onto her palette, in order to spread them later on her canvas with airy, witty touches, thrown down a little haphazardly. These harmonize, blend and finish by producing something vital, fine, and charming that you do not see so much as intuit…” (Charles Ephrussi, ‘Exposition des artistes indépendants’, in Gazette des Beaux Arts, May 1, 1880, pp. 485-88, quoted in op. cit. (exhibition catalogue), Fine Arts Museums of San Francisco, San Francisco, 1992, p. 327. 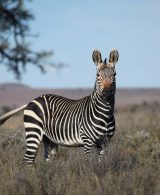 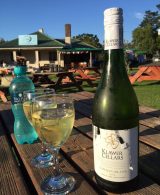