The large canvas (1.8mx1.2m) has been released from where it was hiding in the canvas storage area. Zebra’s from the Mountain Zebra Park, defending their foal from a hunting lioness. My hands and shoulders screaming at the demanding physical effort. I almost need to stand across the lagoon to get perspective on what it is I’m doing.

My running shoes have been out trying to keep up with Craig who is turning into a hill running fiend. Phantom, fortunately graded so the surface not as tricky.

Project Bar to watch the sunset. With the weather much cooler, the glamorous people from the season have moved to other locations and my painting shorts weren’t out of place. I did need my fleece!

A walk along the red brick to collect trash for an installation art competition to be part of the Oyster Festival as a school education project. Did collect a few bits, but as the municipality had been along in the morning it was mostly sorted. Will try again in a few weeks.

Visit to the second last Friday market. Blue afternoon skies and sunshine giving way to live music, under a full moon with fires warding off the evening chill. A tangy butter chicken curry exactly what was needed, the chillies hidden in the salad, an abrupt wake-up. 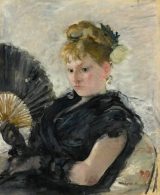