Keel boats out at play in the sunshine. Fish Eagles calling from blue skies.
My calves screaming after the never ending climb up the Pezula hill. Fantabulous burger at Easthead suitable compensation.

The studio cold in the mornings before the sun visits. A couple of small paintings finished, and others packed and sent off to their new homes. An emotional handing over of a copy of the portrait of the ‘The Pirate’ to Anton. My objective in painting this portrait series to show that homeless people still have dignity, achieved in this instance.
Decadent, is how Fromager d’Affinois pronounced: [fromage dafinwa], is described. A French double-cream soft cheese made from cow’s milk, invented in heaven. That is, the small town of Pélussin in the Rhône-Alpes region, and sent to us by Jennie.
‘Oupa’, a portrait of a builder working at the Heads. Hard as Stinkwood, with skin the colour of tannin filled waters, it feels as though he is one with the Forest.

I used the Fabonacci sequence to fix the composition within the spiral. The eye falling at the golden ratio focal point, by adjusting the angle of the face. Raw Seinna my point of departure for the face, with Permanent Madder and Ultramarine for the dark patches. A grey mixture of Venetian Red and Cobalt Blue and one of the crazy paints from my mystery box, called Indigo. I added Quadr Rose to soften areas that were looking a tad harsh.

A couple of brave souls for the dry-run  studio movies that are planned for winter. As it was a British movie, Terry made fish pie (Jamie Oliver), of which I was a tad sceptical. It was amazing and I was glad that there were leftovers! A few niggles with remote control changes from the video that runs on the screen showing my finger-painting style and the dvd player. The chairs comfortable, and the blankets unnecessary on an unnaturally warm evening.

Grown old within the forest,

His branches touching others, reaching out

Left to wither, scorned by spruces

Dignity to withstand the loss of youthful sap.

He is alone, within a forest grown 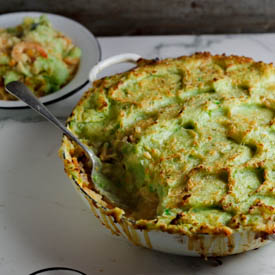 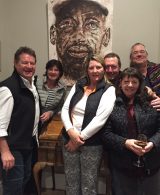 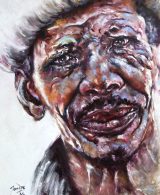