A South African impressionist painter, born in 1915 in Beauford West, Alexander Rose-Innes developed an aptitude for drawing at an early age. The Rose-Innes family moved to Port Elizabeth in 1927, where he began his art studies at the Art School of the Port Elizabeth Technical College, under Francis Pickford and Jack Heath. After completing his studies, he enrolled as an apprentice sign-writer, continuing to pursue his art in his free time.

Rose-Innes took up employment as a commercial sign-writer in order to earn a living. He joined the army at the start of the Second World War in 1940 and was based in Pretoria, Kimberley and Cape Town during the following five years. Following the war, he decided to dedicate himself to his art, and made the decision to move to Cape Town, where the New Group had an important influence on the local art scene.

Rose-Innes arrived in Cape Town in 1956, when he was 41 years of age. According to Bekker (1991:12), “In the 1950s Cape Town was, without doubt, the artistic capital of South Africa. Many of the leading artists lived and worked in the Cape. The art market was buoyant and the quality of works exhibited high, as was the public awareness of art and artists.” Rose-Innes initially began working as a sign-writer for a Johannesburg-based company, Neon-Fluorescent, in order to make a living in the Cape. Shortly thereafter he befriended the curator of the Michaelis Collection, Matthys Bokhurst, who encouraged him to continue painting and exhibiting his work.

Rose-Innes had his first solo exhibition in 1958, having previously participated only in group shows in the Eastern Province. In 1962 he exhibited in a group exhibition at the South African Association of Arts Gallery – together with Ruth Prowse, David Botha, Gregoire Boonzaier, Carl Büchner, Nerine Desmond and Frank Spears (Bekker, 1991).

He went on to have several solo exhibitions in South Africa and Belgium, and his work was included in numerous national and international exhibitions. In 1986, he was honoured by the University of Pretoria with a retrospective exhibition of his work and a medal for his contribution to the arts in South Africa.

Rose-Innes was a painter of “everyday situations like women selling flowers, people sitting in pubs and girls chatting” (Bekker, 1991: 28). He had particular interest in the scenes of the Cape Malay Quarter and District Six, figures and portraits of common people such as blacksmiths and fishermen, as well as the simplicity of still life compositions, Cape landscapes and domestic interiors. Rose-Innes portrays sensitivity towards his subject matter – always rendered in warm, subdued tones and following realistic conventions. The absence of strong colour notes, together with the use of close-up views, contributes to a sense of intimacy in his work. The subtle gradation of tone and the creamy thickness of paint application are prominent characteristics of his technique (Berman, 1996).

“It is impossible to distinguish between Alex the man and Alex the artist: his role as an artist dominates his whole life, while his deep-seated humanity permeates his whole art” writes Bekker (1991:24). His work was greatly influenced by both Russel Harvey and Gregoire Boonzaier – both of them close friends and colleagues. Esmé Berman (1996) argues that Harvey was of great influence, specifically with regard to his sombre colour palette and soft colour modulations.

Rose-Innes’ work can be accurately described as forming part of the Cape Impressionist tradition, influenced by the major exponents of that idiom. With regards to his subject matter, Bekker notes, “Alexander Rose-Innes is a conservative artist. He did not pursue innovation for the sake of innovation; nor did he follow fashionable trends. Yet his particular brand of painting has not only survived, but steadily grown in popularity.” Today his work forms part of most significant collections of South African masters in galleries and in numerous private collections.

Alexander Rose-Innes passed away in 1996. 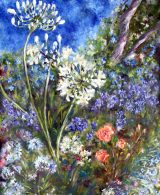 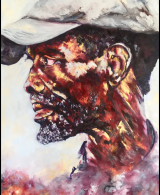