Diary of an Adventure, Messing About with Paint

The legend says that during the old time when the country was newly formed, Vietnamese had to fight against fierce invaders coming from the North through the sea. Feeling sorry for the country, The Jade Emperor sent the Mother Dragon and her children descending on earth to help ancient Vietnamese people defend the country.

While the mighty enemies were attacking the main land, The Mother Dragon and her children suddenly appeared and incinerated the enemies with their divine fire and giant emeralds. The emeralds from the dragon’s mouth were scattered around the battlefield on the sea and formed an invincible defensive wall that left enemy battleship fleet sinking. Thanks to the dragons, the Northern invaders were finally swept away and the peace finally came back the South East Asian country once again. After thousands of years, the wall of emerald turned into island and islets of different sizes and shapes.

After the battle, The Mother Dragon and her children didn’t come back to the heaven, but stayed in the mortal world and turned into human form and help people planting, cropping, raising cattle, reclaiming, and expanding the country.

To remember the help of Mother Dragon and her children, the people live there from generation to generation name the bay where the Mother Dragon descended “Ha Long or Halong” and the bay where her children descended “Bai Tu Long”, which means “Thanks to the Dragon’s children”. This legend is also a part of the general belief that Vietnamese people’s has Dragon’s origins. 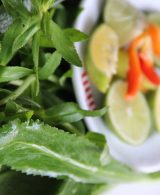 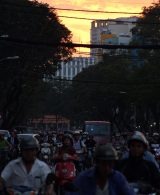