A high-speed snake of steel. Holiday traffic hurtling homeward. Courteous, sensible. For the most part.

Unexpected, trip to Montagu to see Dad. Skies clear after the rain. Green valleys pushing into fields of yellow canola. Mountains with their snow mantel the warning that we would be looking for places with fireplaces.

Didn’t expect to be out in the early morning dark playing soccer with Prince. A soccer ball the new favourite toy, which he found in the garden at Rainbow Glen. As it belonged to one of the kids, it had to be rescued before he destroyed it. Fortunately we found one in Montagu so he now has his own ball. A treasured companion.

Prince, already exhibiting that Border Collie, wonder dog, therapy trait. His exuberance to get close to Dad not quiet what Dad needed. However, for 36 hours he has ensured that we were never alone. Exhausted he his.

Being in wine country and not able to do anything while Dad went to the specialist, we took the opportunity to stop at Esona Boutique Estate.

The light from the fire creating magic in the fabulous wines, visually stunning in Riedel glasses.

We opted not to have the tasting as we were already familiar with the wines and settled for the 2014 Shiraz and Chardonnay with a platter of ostrich pate and Mochella. A delicious ‘sandwich’ of cheddar, mozzarella and ham.

Vineyard pruned and silent. Tranquil, cosy and warm for our bruised souls and cold fingers.

Terry made a vegg laden boboti dinner that Dad could manage and had zilch sugar or carbs. Delicious comfort food that would also have worked well with eggplant included to lower the amount of meat in the dish. Not something that Dad would countenance! Graham Beck Game Reserve Chardonnay and Shiraz to ensue we didn’t dehydrate next to the fire 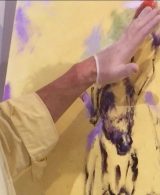 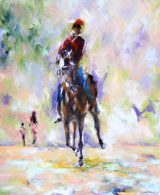