‘At the Zeitz MOCAA’

A random moment. ‘Tell me your story. My name is magic fused with life purpose…” Story telling by Vusumuzi Mpofu amongst the bricks of Kendell Geers’ ‘Hanging Piece’.

Poetry transcending the horror of the hangman’s noose. Red ropes made ordinary by the red of clothing. Bricks, of terror fading into life, with purpose.

One of those evenings when I have managed to break, mess, and destroy. Nothing I can blame on crazy blood sugars. Or even too much wine.

Temperature regulation quite an issue on my Kamado Jan. Once that machine gets hot, it’s kind of impossible to get the temperature down. The monster chicken, while full of flavour was heading towards the charcoal side.

Order placed for the first batch of silk scarves. Time now an issue to finalise designs, sort pricing (exchange rate more erratic than my blood sugars) and get delivery before the holiday season.

Stunning cheese cake that is diabetic sensitive. Tasty, and indulgent. A taste sensation amongst the week of amazing food indulgence. Chicken livers (which I don’t eat) at Chef Hirsch. Subtly tangy and perfect with the Newton Johnson Pinot Reserve, as well as the Sauvignon Blanc, Semillon blend. Beef fillet curry at Chef Coreta with a Delheim Vaaldrei Cab Franc that was better than my favourite Raats Cab Franc.

Remarkably privileged to have my painting of the migration ‘On the Plains’, hanging in its new rebuilt home after the fires. Particularly after an evening visiting a home that proudly shows its scars of the fires that tore through Knysna.

This banting friendly lemon cheesecake from Jump on the Bant Wagon, by Nick Charlie Key, R265, (Human & Rousseau), is the ultimate indulgence, without the guilt

2. Prepare a springform cake pan. Put some baking paper over the bottom of the pan

and snap it into place when you tighten the sides of the pan.

3. Grease the sides and bottom of the pan (and the baking paper) using butter.

4. Mix all the crust ingredients together in a medium-sized mixing bowl. Once it’s a

doughy, crumbly and moist texture, press it into the bottom of the prepared pan.

5. Bake for 10 minutes or until golden brown.

7. For the filling, beat the cream cheese until it becomes fluffy, making sure to scrape

the sides of the mixing bowl. Add the xylitol, vanilla, salt and two of the eggs. Beat

well, then scrape the sides of the bowl again.

zest and cream. Beat well, scrape and pour the filling mixture over the pre-baked

9. Place the springform pan into a bigger pan that has been pre-filled halfway with

boiling water, and then place into the oven to bake for roughly 1 hour. The

cheesecake should still be a little wobbly in the centre when it comes out.

10. While the cheesecake is in the oven, mix all the topping ingredients together in a

mixing bowl.Get the recipe for the cheesecake topped with frilled honey buttered

11. Remove the cheesecake from the oven, spread the topping evenly over the

cheesecake and then return to the oven for another 10 minutes.

12. Take the cheesecake out of the oven and let it cool. Once at room temperature, pop

it into the fridge for a few hours to chill properly. 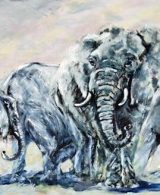 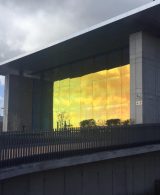