’Chubby Unicorn’s’ (Thank you Kirsten), the commission and Wild Life Artists of the Year submission, on the easels in the studio. The fiery, Indian Yellow background to the paintings generating a host of comments. Particularly as it relates to the – ongoing – destruction of rhino’s, and their extinction, which the paintings signify.

Delicious chevre and Proscuitto. For out 36th Wedding Anniversary, Terry made her ’Terrine de Campagne’, which, with a salmon main made for a scrumptious dinner. Phillepe Mallet, Cuvee prestige brut champagne and Crozes-Hermitage, balanced with Black Rock and a delicious Cederberg Blanc de Blancs MCC.
Happy, family holidays with sticky fingers across the studio windows. The thunder of powerful engines for the inevitable drag racing between speed humps. Early morning revealers driving Prince crazy. Cyclists and runners everywhere, and – fortunately – sales from the Studio.
My father’s Olympic athletic career was ended by a combination of a broken foot from running on a cinder track, and being declared a ’professional’ for accepting payment for transport to the Olympic trials. Certainly, I have no Olympic career, and sponsorship is the cornerstone of successful athletes, yet – while I have struggled with a trashed Achilles interrupting my running enjoyment – I’m facing my fathers foot weakness. In my case, arthritis. At least it’s not in my hands, so it doesn’t impact my painting!
For now, it’s summer. Endless days, of beach, forest, sea, wine, food and laughter. 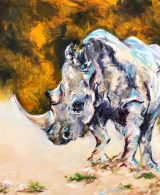