With inspiration from the paintings of Alexander Rose-Innes, the street leading up from the deli, with the mosque on the right. I was very conscious of respecting the privacy of the residents, but managed to include a dashing man in his beret and white slacks. So different to the traditional Muslim dress associated with Bo-Kaap.

After a day of rain, the sun is coming up over the container terminal, with the wind already restless.
The road trip down was demanding in the buffering winds and rain. The roadside full of early summer flowers and the wheat harvest in full swing. Swathes of gold in the patches of sun stretching out to the shadows of the mountains.
It’s been three years since our last trip down, with Covid decimating the small towns so we stocked up with snacks in case our customary breakfast stops were no longer in business.
Thankfully, many have survived and we could have our banging breakfast, even if the dreaded mince-meat ‘hidden’ sugars were of concern. Most mince-meat dishes served with breakfast have a tomato based sauce which is more that not from a tin, or even worse made with tomato sauce. Sugar is also often used, so as a dish it’s a worry.
Supper, a cob salad at the Raj. The blue-cheese sauce of little concern, however the chicken tikka  of concern.

Irma Stern ‘Zanzibar’ at the Norval Foundation. Not sure if the portraits of men, grouped together’ on entering the gallery, separated from the portraits of woman, was a deliberate placement of women in their social system?
Looking at the paintings, I didn’t feel like I was in the humid, crazy alleys of Stone Town, Zanzibar.
I was fascinated at the reference to Islamic calligraphy (as seen in the door-carvings) in her mark making. I will look at my paintings from Zanzibar to see whether there is something similar. I managed very few portraits during my time there given the cultural sensitivities.

My paintings from Tanzania are painted on cotton with stretchers from coconut palm wood, as used by the Tinga-Tinga artists. Irma Stern used traditional canvas and linen, using the carved doors as frames for context.

Not a diabetic-friendly menu at Skotnes. Decided on the double baked Parmesan soufflé, with a compulsory glass of wine, as the best option. Delicately flavoured. It did make for a tiny lunch! And one that probably had more carbs than the delicious looking burgers. Enough to make you weep.

For whatever reason, I have never done any paintings of this amazing part of the City.
Bo-Kaap Deli, a trendy spot in this ‘gentrified’ part of town. Dining at an angle, on these steep streets that run up the side of the mountain, flanked by the colourful houses. Rocket-fuel coffee! For breakfast, their spiced steak and egg dish, which didn’t disappoint. Tasty and not burn-your-mouth stuff. The sauce they marinaded the steak in, a diabetic disaster.
2 hours after meal, BS 12,4mmol/L
Having had enough of fighting restaurant menu’s, I retreated to a Woolies salmon and avo dinner. Zero carbs, and delicious.
Cape Town at its seductive best for a walk along the Sea Point promenade Did manage to walk a blister (combination of hot paving and slipslops) on the borrow of my foot which was a tad silly. Retreated to Hussar’s grill for a steak and veg lunch.
Driving rain made for a stressful trip back to Knysna. Garage flooded a bit of a bother. 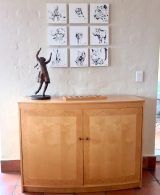 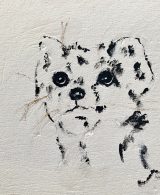